Ronaldo achieved a landmark in his illustrious football career when he slotted a goal against Ukraine in Kiev last night.

It was a 72nd minute penalty well converted by the Portuguese superstar and talisman.

And that brings him to 700 international career goals in 974 matches.

A breakdown of CR7 goals.

The Juventus star can now beat his chest and said “Yes, I did it”.

Both a legend at Manchester United and Real Madrid, and soon to be one at Turin( should he gift them the UCL trophy).

Here is the analysis of his 700 career goals.

And he isn’t done yet, he still has more goals to come both forclub and country.

Can CR7 break all goals record?

This is not totally impossible. He is already close to a century of international goals( only 5 remaining) which he can achieve come November 14 and 17 when Portugal takes on Luxembourg and Lithuania. 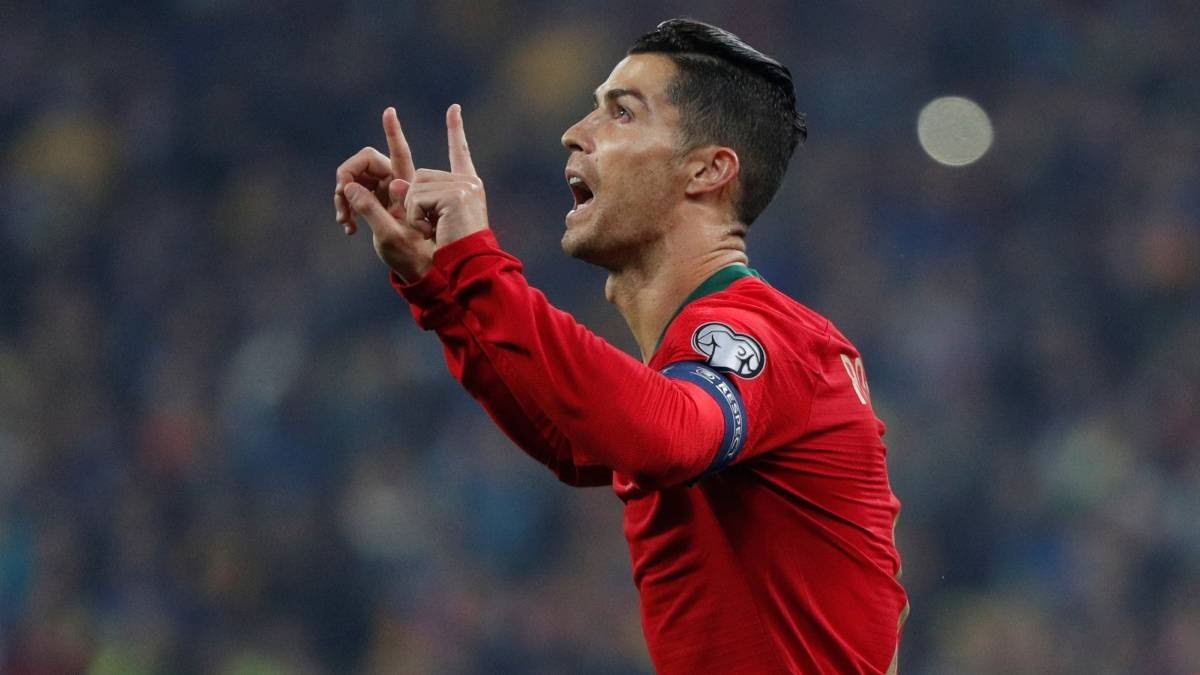 And for total goals, he just needs more 105 goals to break the all time record of 805 career goals by Josef Bican.

The Most complete striker of our generation: 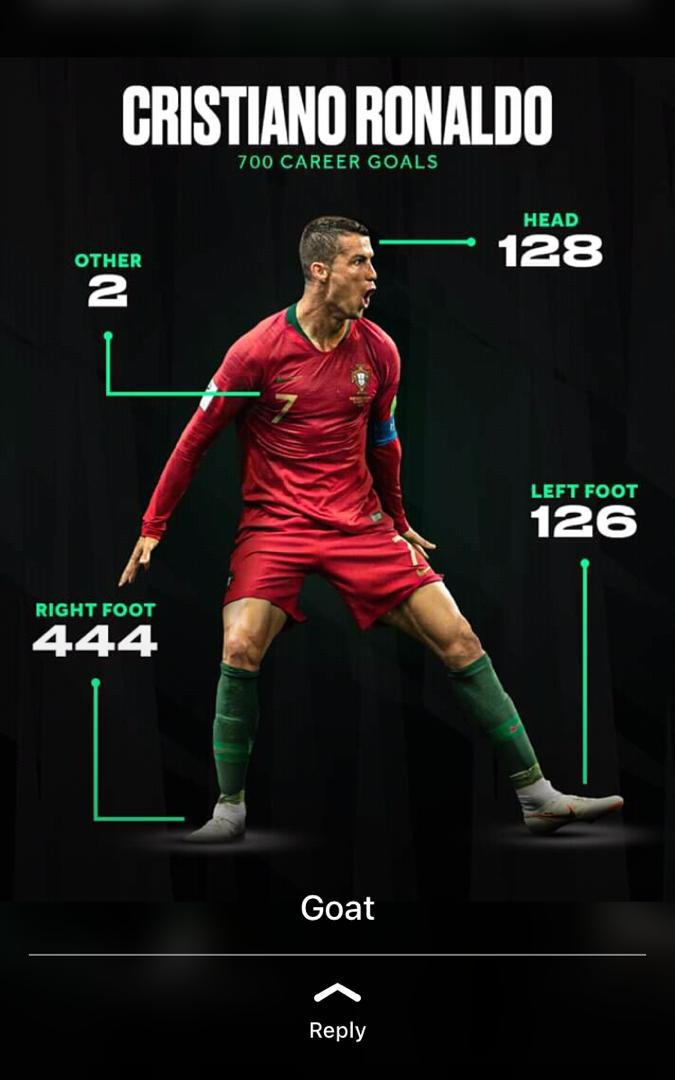 Look at this and you will be amazed at what this GOAT has done.

A big congratulations to Cristiano Ronaldo.

You are simply awesome and wonderful.

Many will weep the day he stops playing soccer…