Where does the MLS stand among other top soccer leagues?

Most star players in their prime; from the age 20 to 29 don’t nurture the thought of going to play for MLS or CSL.

However the MLS stands out and is more respectable to the Chinese league, but still have a long way to go when compared with top European leagues like EPL, la liga, Serie A, Bundesliga, and French Ligue 1.

Let’s remember it was the arrival of the great king of football, Pele to the MLS that made it very popular. 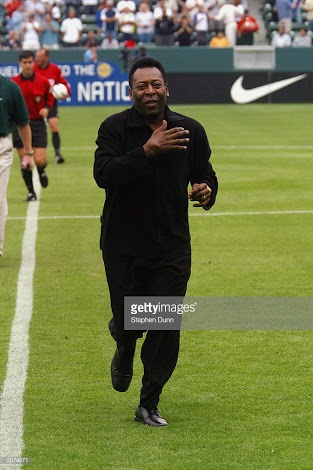 After retirement from football, The New York cosmos signed King Pele and brought him to the MLS in 1975.

That singular act made the MLS so famous and for the next 3 seasons ,Pele gave the New Yorkers and Americans something to forever cherish: Jogo Bonito.

David Beckham also was among the latest big stats that also popularized the MLS with his signing by LA galaxy. 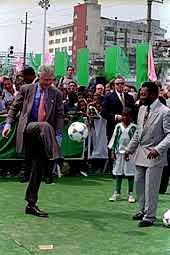 Other star players saw the MLS and not the Chinese league as a good retirement spot.

Among the latest is Swedish superstar Ibrahimovich.

The MLS is going to be “zlatanized”

The MLS is far superior and respected than the Chinese league and there’s no way both can be compared.

The MLS can even compete with other top European leagues.

Soon the MLS won’t be a semi retirement league.

As the popularity of soccer increases in the United States of America, the MLS will soon become the toast of many proffessional soccer players.

Previous Post Imagine Messi and Ronaldo playing for the same team(Barca)
Next Post Real Madrid's Galácticos (2005-06); the best ever?