The EPL comes alive again in yet another week(# 7) of exciting soccer games as the battle of supremacy will continue as usual between Liverpool and Manchester city.

Liverpool maintain their 100% start to the season and could still extend it to another record first 7 unbeaten matches as they travel to Sheffield United.

And guess what? They have the first game if the day by 1:30pm(GMT)

All the teams in champions league will play today, Saturday (28/09/19) with Manchester city the last team to play for today as they travel to meet Everton in a very tricky encounter at 18:30 GMT.

Chelsea and Tottenham are home to Brighton and Southampton respectively at 16:00 GMT.,

While Monday soccer comes alive with Manchester United and Arsenal fighting for 3 points- luckily, both teams will play at the Europa competition on Thursday. 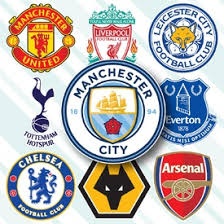 Another match worth mentioning is Tottenham against Southampton. The last season UCL finalist just need 3 points as they were outsted at home to lowly rated Colchester city in the league cup game.

Chelsea against Brighton: the blues have 2 wins, 2 draws and 2 defeats. This time they will make it 3 wins before going to the UCL game on Tuesday where they desperately need a win after shocking defeat at home to Valencia.

Previous Post Karim Benzema is Real Madrid's emperor; a cat with 9 lives
Next Post Can Chelsea do the impossible and win the EPL this season?