The rivalry between both clubs has a 120 years history and is one of football oldest and fiercest rivalry.

The hatred/rivalry between Liverpool and Manchester united is by far England’s most notable one.

It is also known as the North West derby and started as far back as 28th April 1894 when the two clubs met for the first time with Liverpool winning 2:0.

Ever since then, matches involving both teams are always tough with bad blood running between them. 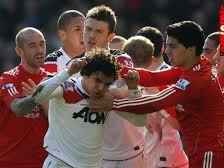 The hatred also extends to the English National football team where Liverpool players eat on one table and Manchester united players eat on another table whenever they are in international engagement.

The hatred first runs back to the beginning of the 19th century due to economic and industrial competition.

Manchester united have been so prosperous economically over Liverpool and they were so envied. 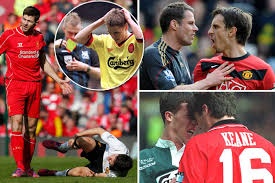 Manchester saw a big growth due to its industrial competition and leverage among other English cities.

Liverpool on the other hand turned to its seaports for business and economic competition with Manchester united.

Wayne Rooney, whose boyhood club was everton (Liverpool Merseyside Derby team), said he grew up hating Liverpool as a.kid and after his transfer to Manchester united in 2004 till 2017 ,the hatred still continued. 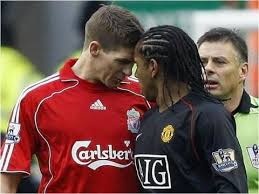 Steven Gerard, the highest goal scorer with 9 goals in the North west derby said that he once took a film crew to his home to show them his football jersey collection.

He had jerseys from all the different English and other European clubs which be swapped with opposing players.

Even when they play for their National soccer team “The three lions”, the Liverpool and Manchester United players never sit together while eating- what a rivalry.

Both clubs have seen 3 players played on both teams which include Paul Once, Peter Beardsley and Michael Owen.

The hatred between Liverpool and Manchester united is a long one which most kids are born into and have grown to hate each other.

Even yesterday’s game at Old Trafford(Match day 9), we saw a dying United team resurrected and almost defeated a high flying Liverpool and ended their unbeaten run. A lot is truly at stake when both teams play.

I fear this hatred and rivalry,just as the case of Madrid vs Barcelona in Spain, will last forever .