In 2007, a survey was conducted and from the polls Zidane was voted the best European footballer in the last 50 years.

He was voted ahead of Johan Cruyff, Frank Beckenbauer, Mitchell Platini and others.

The 50 years period is from 1957–2007, and before then, we can’t think of any other good or excellent European footballer that dominated the scene. 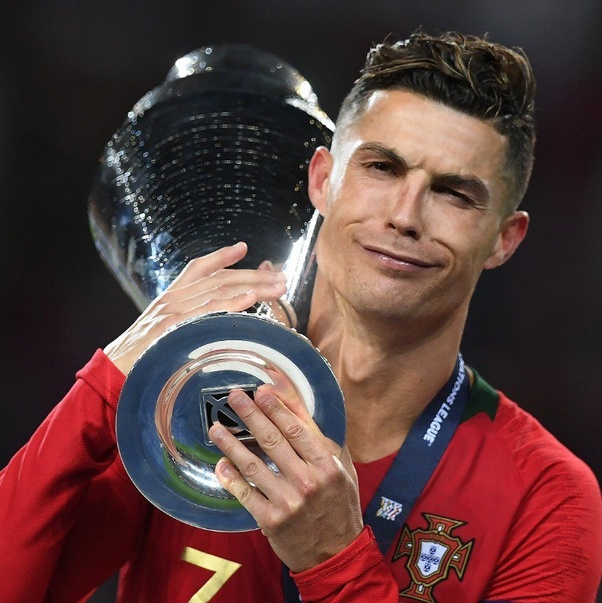 In 2007, when zidane was voted Europe best ever footballer, Cristiano was still a 22 year old young and upcoming footballer in Manchester united.

He hasn’t won the UCL trophy nor ballon d’or.

He hasn’t shattered all Madrid records then.

Now more than a decade later, even Zidane that was voted Europe best ever footballer will easily give that crown to a player who helped his coaching career by winning 3 consecutive UCL trophies.

No one can doubt what this Portuguese has done to football and what he is still doing even at 34 years(Zidane last professional game was at 33 years).

He has defined what football is and is motivating a huge set of upcoming stars.

He’s taught us a lot of skills on and off the pitch( his business acumen is so sharp).

And his longevity in the game will make 35 years old the new 25.

His records ,both in clubs, countries and other individual awards that be has amassed in his long but professional career makes him the best footballer in Europe(some still call him the world’s GOAT).

Previous Post Can Chelsea do the impossible and win the EPL this season?
Next Post The Madrid derby; another goaless encounter

Okechukwu Ekemezie The football doctor, Passionate football writer.
To see the Instagram feed you need to add your own API Token to the Instagram Options page of our plugin.