It was a well deserved win for Lionel Messi and nobody can doubt or query the outcome of the award.

To win a single ballon d’or is really difficult and require a lot of discipline on and off the pitch,

But to win it a record 6 times is just absolutely phenomenal.

And he did it triumphing over 2nd place Virgil Van Dijk (who many thought would have won it because of the UCL victory) and his arch rival Ronaldo who came third and was also absent at the award night in Paris preferring to be in Milan receiving Serie A footballer of the year award at the same time Messi was crowned do the record 6th time.

The last time he won the ballon d’or was in 2015 when he led his team to another treble winning year.

Since then, Ronaldo got 2 consecutive ballon d’or to catch up at 5 awards for both players, 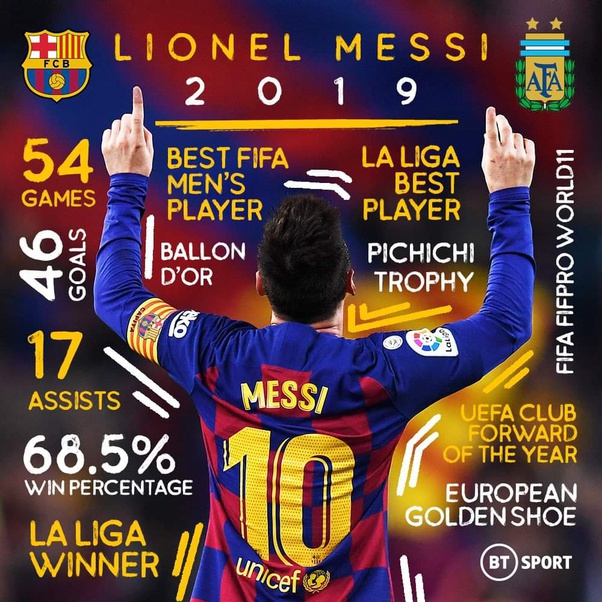 The Lion of the tribe of Rosario made football history by claiming soccer individual most prestige award.

He had a fantastic season helping Barcelona to retain the la liga trophy and winning the highest goal scorer in all Europe,

His only undoing was the devastating defeat he and his teammates suffered at Anfield.

But overall he was heads and shoulders above every other player this year.

What more can I say, Messi is a genius, a calibre of player we should be grateful to watch in our lifetime because it might take us 14 generations to come to witness another footballer that will come close.

And ge hasn’t finished yet ,because I see him winning this prestigious award one more time before he finally hangs his boots.

All hail the new king of soccer…

All hail the GOAT…

Okechukwu Ekemezie The football doctor, Passionate football writer.
To see the Instagram feed you need to add your own API Token to the Instagram Options page of our plugin.