On the 11th of June 2019, French sensational striker Kyllian Mbappe scored his century goal at the 11th minute to send shocking waves in global football.

And what got a lot of people talking was the fact that he did it much earlier than Messi and Ronaldo.

At this age, Cristiano Ronaldo has only 23 goals to his professional career while Messi had to wait till he was 22 years to make it a century of goals for Barcelona and Argentina.

He scored his first profressional goal on 20th February 2016 after debuting for AS Monaco some weeks before his 17th birthday. 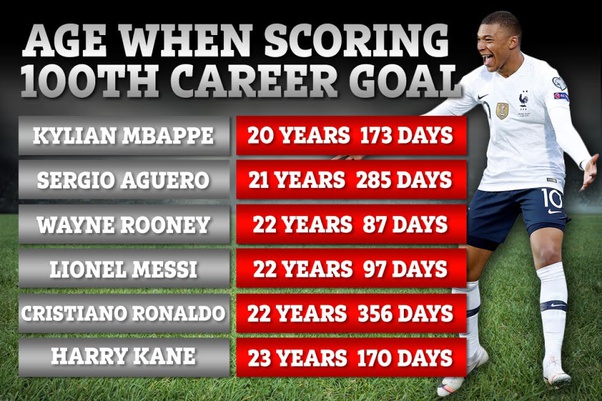 And it took him three and half years to reach his 100 career goals after 187 profressional games.

With 13 goals for the French National team, 17 goals for AS Monaco and the other 70 for PSG, the future can’t be any brighter for this footballer.

Can he surpass Pele,Messi, and Ronaldo?

After becoming the first teenager to score a brace in a knock out game in the FIFA world cup against Argentina since Pele did it in 1958,

He received so much praises for such a dear, and even the King himself had to tweet and congratulate him. 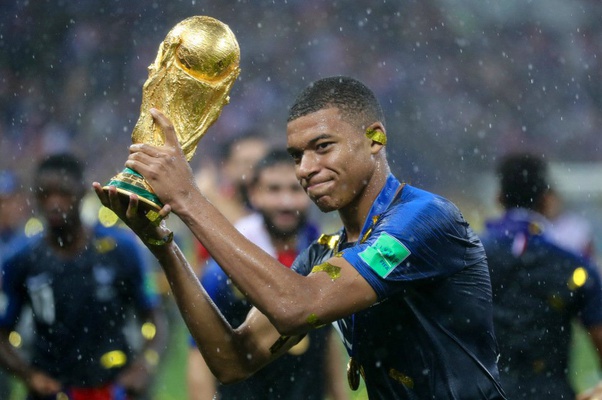 And he hasn’t looked back since then scoring goals for fun with reckless abandon and making defenders look so stupid.

Though he has a long way to go

But he will need total dedication and strict discipline should he ever dream to surpass Messi and Ronaldo’s feats in this modern age of football. 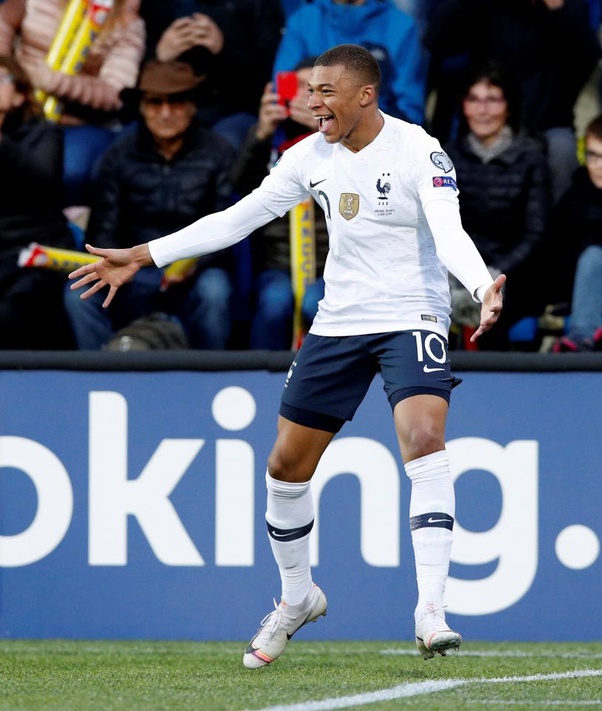 I can only wish him luck as he breaks barriers and records in world football.